By the Honourable CM of Karnataka Shri B.S. Yediyurappa

It is said Children are the greatest asset of a nation as they are the future of tomorrow. A country can prosper tomorrow only if its children are healthy today and for that it is imperative to ensure the health of the mothers for only a healthy mother can beget a healthy child. Unfortunately today, India is home to about 50% of under-nourished children of the world with an alarming rate of infant mortality.

Sri Sathya Sai Annapoorna Trust, since its inception in November 2015 has made significant efforts in providing nutritious breakfast to nearly 2.5 lac children in Government and Aided schools. Alongside, ‘SaiSure’, a malt based multi-nutrient supplement was also introduced in Government schools complementing the ‘Ksheera Bhagya’ scheme in Karnataka. This innovative and easy to prepare nutrition drink is an answer to the issue of hidden hunger which is the lack of micro nutrients such as minerals, vitamins, iron, and calcium.

On 31st October morning, a special programme was held at Vidhana Soudha, the state legislative assembly of Karnataka. The aim and objective of the programme was to undertake collective measures to ‘End Malnutrition’ in the country.

At the entrance of the iconic Vidhana Soudha is written the slogan ‘Government Work is God’s Work’. But what even the Governments have not been able to accomplish, God has shown us the path executing and implementing projects of love for all of us to replicate.

The programme was attended by people of all walks of life; Annapoorna Volunteers, Doctors and Health professionals, Administrators and Heads of institutions, Politicians including several Cabinet Ministers of the state and the Honorable Chief Minister of Karnataka, Sri B S Yeddiyurappa.

After the welcome address, the programme began with the invocation prayer by children who are the beneficiaries of the Annapoorna Breakfast programme from Doddabelle village. After this, Dr. Satish Babu, Chairman of the Scientific Committee for Nutrition gave an overview of the various programmes and initiatives undertaken like the Annapoorna Programme, the Divine Mother and Child Health Programme and the SaiSure supplement. He outlined the impact of these initiatives since their inception and highlighted the reinforced efforts that would go into the same.

A mobile application called ‘Chirayu’ was launched by the Honorable Chief Minister. This App will greatly help in recordingthe vital health parameters of children and mothers during the health screening and regular medical checkups.

Thereafter, Chief Minister launched the expansion of SaiSure programme across other districts of Karnataka in a phased manner intending to cover 10 lac children by November 2020. A remodeled version of SaiSure for Toddlers and Pregnant Women were also launched catering to the needs of children aged 1 to 6 years and also expecting mothers.

The keynote address was delivered by the Chief Minister, Sri B S Yeddiyurappa. He applauded the efforts of Sri Sathya Sai Health and Education Trust and Sri Sathya Sai Annapoorna Trust to combat malnutrition and promised all required support by the Government to eradicate the same.

It was indeed a classic scenario of the Sarkar, Samaj and Sansthan coming together to strive for societal welfare and benefit. 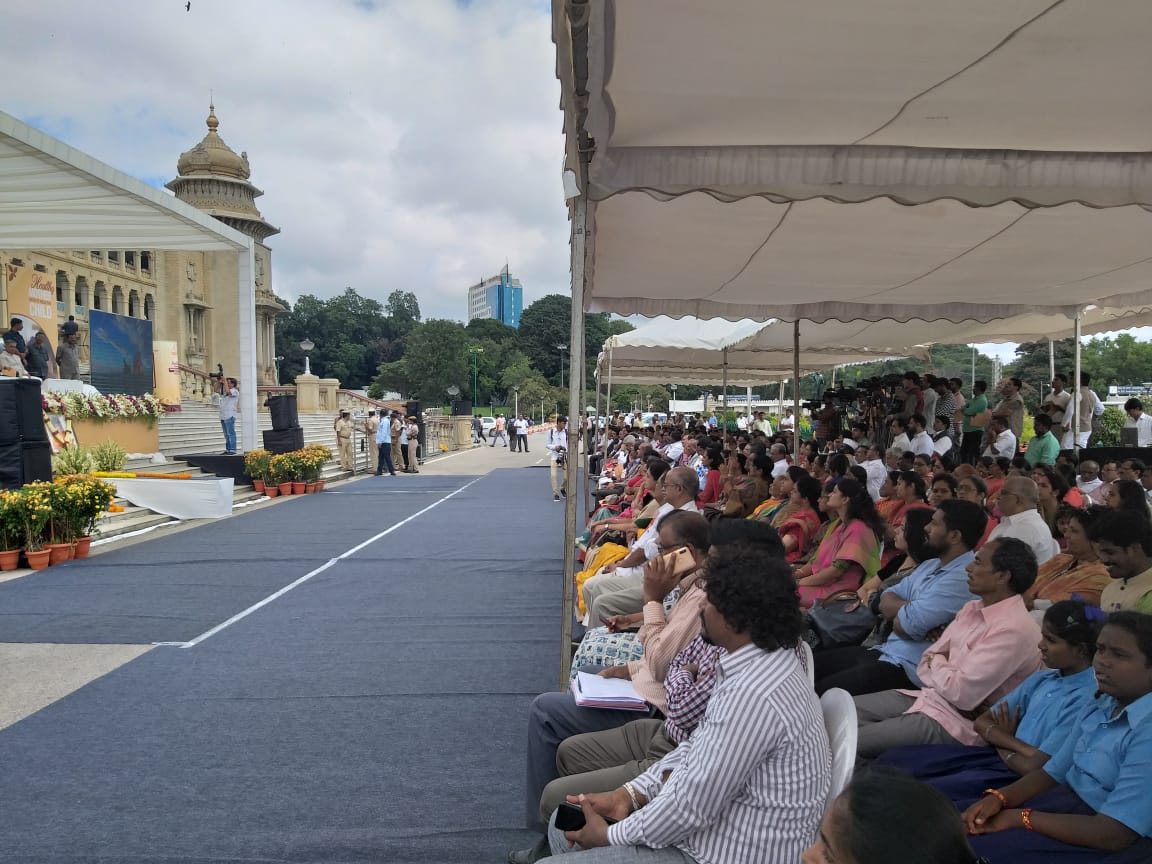 The Annual Report of the Sri Sathya Sai Annapoorna Trust for the year 2018-19 was presented after which the programme concluded with the State and National Anthems being rendered by Sai’s Angels Brass Band of the Muddenahalli Campus. 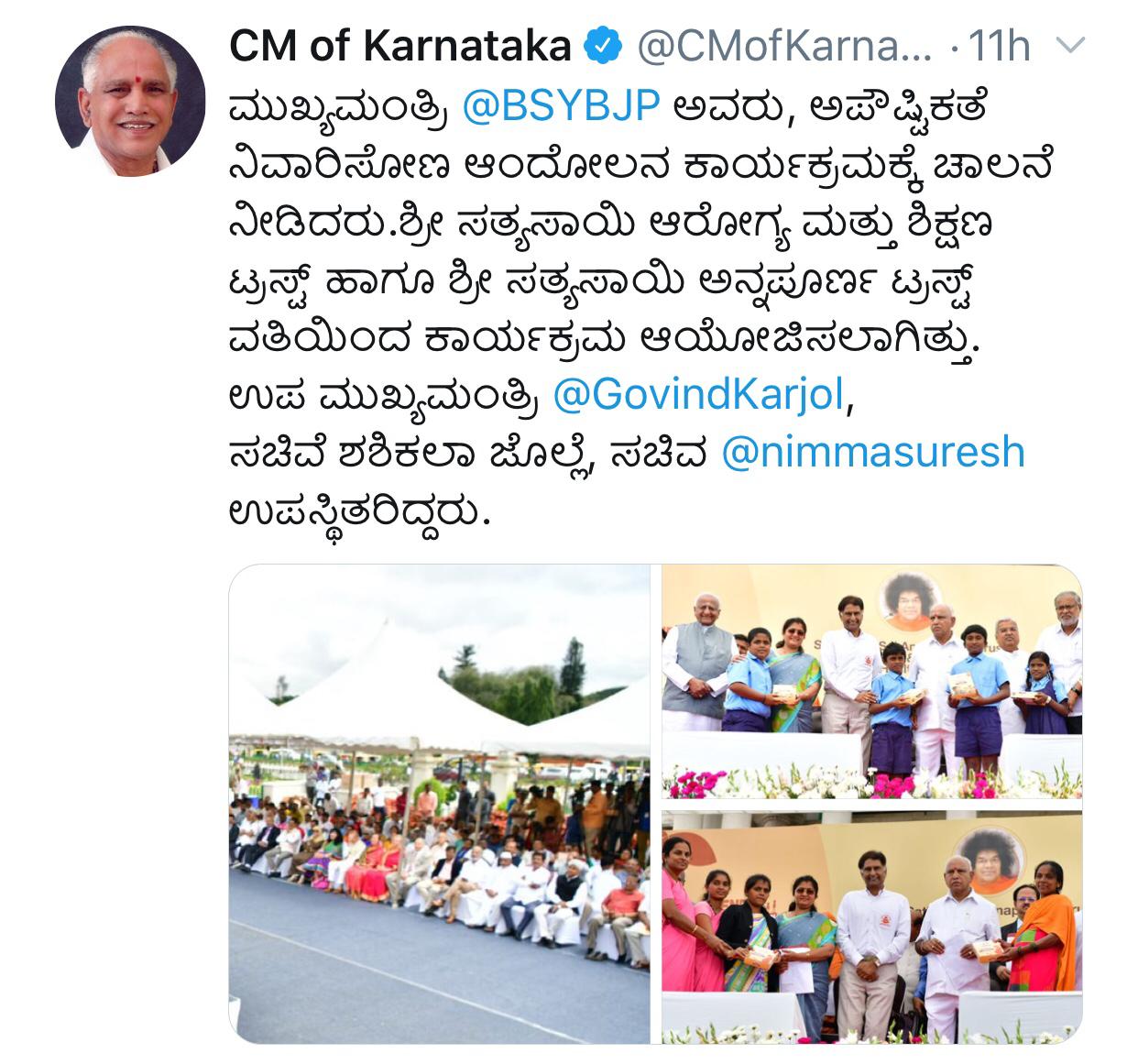 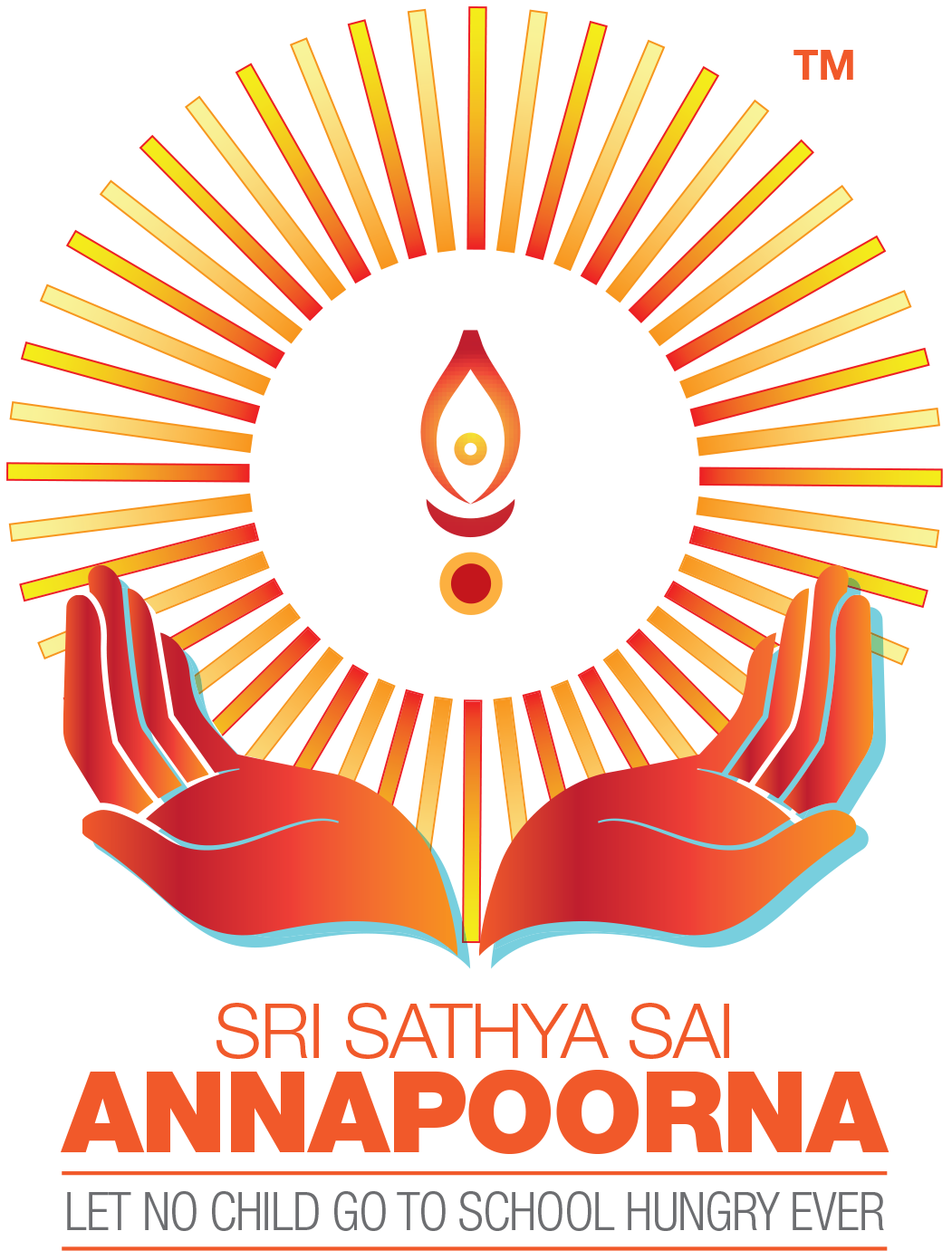 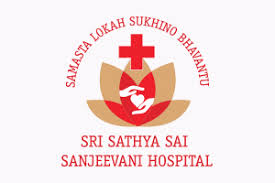 Invite for the Event: